Why Would Anyone Paint Wallpaper? (And What You Can Do About It) | Home Buying Resources | ABR Skip to main content 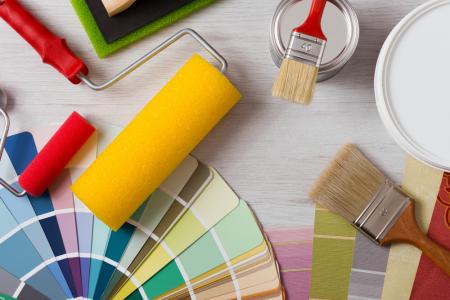 Why Would Anyone Paint Wallpaper? (And What You Can Do About It)

Papering walls is a trend that comes and goes. That’s not a problem. Paint is currently more popular than wallpaper, and that’s not a problem either. The problem occurs when the two trends intersect, in the wrong order. It’s okay to place wallpaper over paint, but not paint over paper.

People do it. Perhaps the people who lived in your home before you did it. It’s tempting to imagine they wanted to harass you from afar, for what seems like forever. It’s kind of like a haunting.

No, seriously, people paint over paper for a number of reasons (and none of them have to do with you).

Why Would Someone Paint Over Wallpaper?

See? None of these have anything to do with you. And yet, here you are, scratching your head and trying to figure out how to right the wrongs and fix this situation.

What Happens When Someone Paints Over Wallpaper?

Aside from frustrating future owners of the home, there are other things that can (and do) happen when you paint over wallpaper. Without proper priming, based on both the type of wallpaper AND the type of paint to be used, it can create a variety of problems:

In short, painted wallpaper often means headaches for anyone who eventually decides to remove it.

What Can You Do About It After the Fact?

Removing wallpaper is never easy. When the paper has been painted, it’s going to be difficult, and possibly impossible, to remove it without some damage to the underlying wall and additional repair work. If you have plaster walls, you have a fighting chance to avoid wall damage. If you have drywall (also called sheetrock or gypsum boards), not so much.

To remove the paper, you’ll have to punch holes through the paint to allow water to access the paper underneath. A scoring tool, sometimes called a “paper tiger,” will help accomplish this without causing undue damage to the wall underneath.

Once you’ve punched holes, you can rent a steam machine to remove the wallpaper or you can use a chemical remover, which dissolves the glue – if you have managed to pierce the paper so the chemicals can reach the glue. Steam is preferable, because it’s safer and less toxic.

After the glue is softened, begin removing the paper by pulling at loose corners and/or using a scraping tool. It often takes multiple attempts to even get water to the paper and even more attempts to get all the wallpaper off. Be patient, you are in this for the long haul.

It’s not going to be an easy project, but it is possible to undo the damage caused by painting over wallpaper. Good luck!