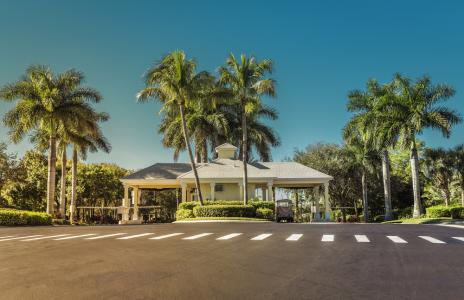 As a homebuyer, you have many housing options, including some less familiar alternatives like cohousing.

The term cohousing usually refers to a collection of individual homes, typically 20 to 40, clustered around larger common areas. Each dwelling has the usual traditional amenities, like kitchens, bathrooms, living areas, and bedrooms.

Think of it as “village-style” living for the modern era. The cohousing concept originated in Denmark in the 1960s and started appearing in the United States in the 1980s.

Cohousing developments are not limited to rural, suburban, or urban areas. The individual units may be detached, like single-family homes, or attached, similar to an apartment or condo-style structure.

Cohousing communities are usually governed by a homeowners’ association (HOA), a housing cooperative, or a condo association. The membership agreement typically includes monthly or annual dues.

As a rule, community decisions are reached by clear consensus among the neighbors. Above all, cohousing communities are intentional communities.

People usually choose cohousing because they want a more active social life with their neighbors, which is generally accomplished through shared activities, group meals, and designated “workdays,” when residents gather to tackle neighborhood maintenance chores.

Cohousing residents commit to being active members of their community for everyone’s benefit. The neighborhoods are structured, physically and legally, to encourage interactions, including common spaces for sharing experiences. While there are many group events, residents decide their level of participation in these activities.

Some cohousing communities are built around mutually shared values which often includes green living and caring for each other. Most encourage and promote social ties, friendships, and personal interactions.

Cohousing has become more popular in the U.S., particularly among those who want a close-knit and active social community. A few generations ago, the atmosphere in a cohousing development was a common way of life but is missing from many modern neighborhoods.

By sharing tools (like mowers, chainsaws, and leaf-blowers) and laundry facilities, cohousing residents can reduce many expenses usually borne by individual homeowners. Greater car-pooling options also reduce costs. Eldercare and child care expenses can also be reduced in cohousing neighborhoods that share these responsibilities too.

Cohousing communities nurture trust and support, safety and security, and cooperation between families, neighbors, and individuals. It’s a lifestyle that can provide a hedge against the physical and psychological ravages of loneliness, especially for singles, single parents, and the elderly.

If you don’t want or need the shared amenities, you will still have to pay your share of the cost and help maintain them.

While most cohousing communities have homes that are equitably priced compared to similar homes, some use higher-priced “green” building materials and methods that may cost more.

Similar to housing cooperatives (or co-ops), some cohousing developments reserve the right to refuse new residents’ admission, should you decide to sell.

Like any small town or tight-knit community, this is not the place for people who prefer to live private, anonymous lives without extensive neighborly interaction.

For a directory of U.S. communities, visit the Cohousing Association of the United States.